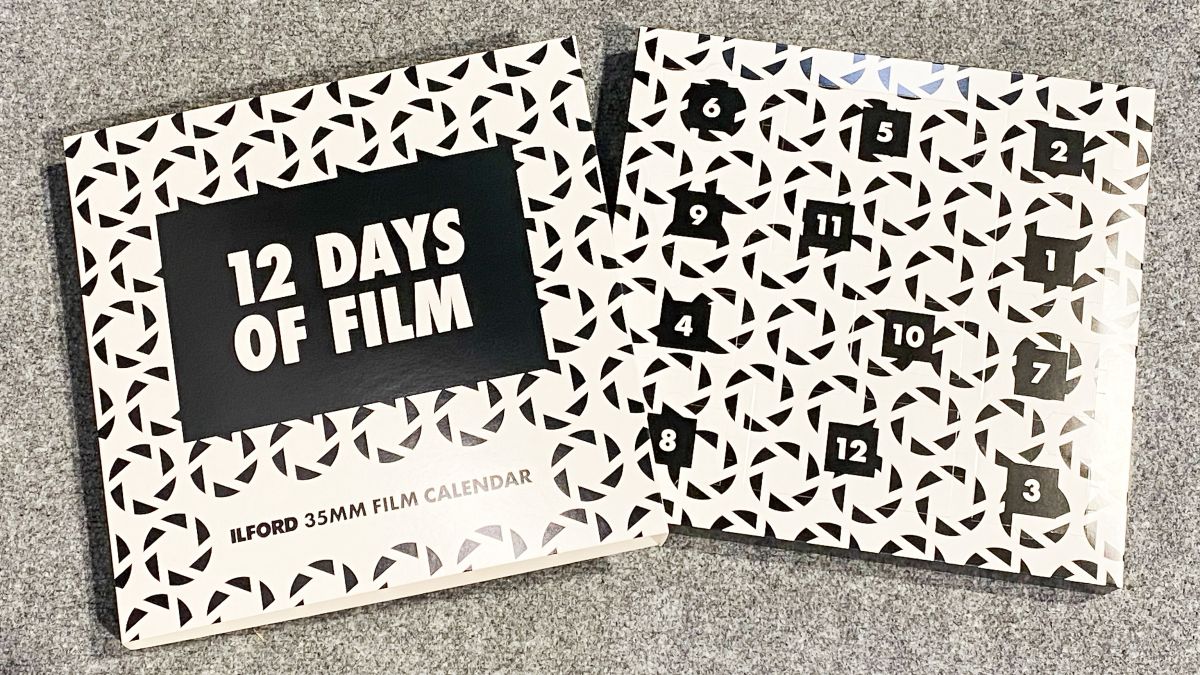 Luxury advent calendars have become a staple in recent years. Instead of just a picture or a piece of chocolate, these box-shaped calendars have more luxury surprises in store for you throughout the month of December – perfume, maybe, or a mini bottle of gin. The new Ilford 35mm Gift Calendar is designed for photographers and gives you a roll of film behind each panel. The calendar is first shown at The Photography Show, in Birmingham, UK, which runs until Tuesday, September 21.

The Ilford 35mm gift calendar does not have the traditional 24 windows – but only a dozen – so more suitable for the 12 days of Christmas, rather than the countdown to Advent. There’s a mix of 35mm films at 36 Kentmere and Ilford exhibits – and other mystery goodies – we’re told.

In total, you get 11 rolls of your film for a retail price of $ 125 / £ 85 – what Harman Technology reassures us is “cheaper than the sum of its parts”. The calendar will go on sale from mid-October just in time for the season of goodwill.

Also on display at the Harman Technology booth at the photography fair is the Ilford Pop-up Darkroom – which offers portable space to develop and print your analog photos, which can be packed out of the way when not needed. .

Chris George has been with Digital Camera World since its launch in 2017. He has written on photography, cellphones, video making and technology for over 30 years – and has edited numerous magazines including PhotoPlus, N-Photo, Digital Camera, Video Camera. , and professional photography.

His first serious camera was the iconic Olympus OM10, with which he won the title of Young Photographer of the Year – long before the advent of autofocus and memory cards. Today he uses a Nikon D800, a Fujifilm X-T1, a Sony A7 and his iPhone 11 Pro.

He has written about the technology for countless publications and websites including The Sunday Times Magazine, The Daily Telegraph, Dorling Kindersley, What Cellphone, T3, and Techradar.