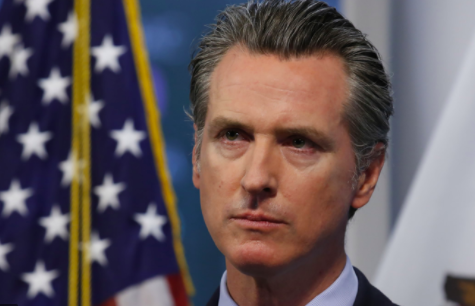 I hardly ever drive; I walk, I cycle, I take the bus and the BART.

No judgment here: I know other people aren’t so lucky, and they live in areas where you can’t walk or ride and there isn’t good public transport , or that they’re not as mobile, or that they have to get to work at times that aren’t convenient for public transit, and many of those people are low-income workers.

They need help, not just with gas, but with the impact of corporate greed driving up commodity prices across the country.

But Newsom wants to send money to every registered vehicle owner, no matter how much money they have or earn.

Me? If I use ten gallons of gasoline for three months, that’s unusual. Looking at February 2021 and February 2022 gasoline prices, I would spend $12 more.

The thing is, I’m not suffering from high gas prices, or even inflation, because I’m not spending much these days. (On the other hand, a little inflation makes my mortgage cheaper, since I’m paying it off at a fixed rate that’s now lower than the rate of inflation. That’s the dirty secret of inflation – in the together this helps net debtors and hurts net lenders.)

I am very, very far from the 1%. Which means I can say, for a pretty solid fact, that Mark Zuckerberg doesn’t need $400 for gas either, no matter what fancy car he drives. The 15,000 Californians who have over $50 million in net worth don’t need a $400 gift card (although for most of them it would be $800, since they all have at least least two cars).

The point is that it’s the exact opposite of a progressive tax; it is a regressive reimbursement. And it’s going to cost the state billions that should be used for public transit, public education, and non-market housing.

Giving more money to people who have more cars rather than handing out money to low-income people doesn’t make sense, Hoene said. “I think it’s terrible,” he said of the governor’s proposal. “Millionaires and billionaires who don’t need the credit at all will get it because they have a record at the DMV.”

There’s probably a better way to do this, by sending the gift cards only to people who live in certain zip codes. But you’ll still have techs in the mission who have a nice Tesla (which doesn’t even use gas) and clearly don’t need the $400.

He could also send $400 gift cards to anyone whose tax return puts them in the bottom 20% (or whatever, bottom 40%) of state earners.

Or Newsom could be talking about oil company excess profits. Or the fact that Chevron, with record profits, won’t even pay its workers decent wages and provide secure conditions.

Or he could send me and Mark Zuckerberg a gift card. Thanks Gav.

If this terrible idea comes to fruition, I will take my $400 gift card and send it immediately to the Coalition on Homelessness, 280 Turk Street, Second Floor, SF CA 94102. The Coalition people can figure out how to give this card to people who really need it much better than Gavin Newsom.

How about all the at least 25,000 car owners in this town who don’t need the $400, help me make it one thing: tell your state officials not to vote for the plan, but if it happens anyway, let’s send all the cards to the Coalition. Let’s post it on social media, tell all our friends about it, and see if we can, in a very modest way, do some good with this bad proposal.