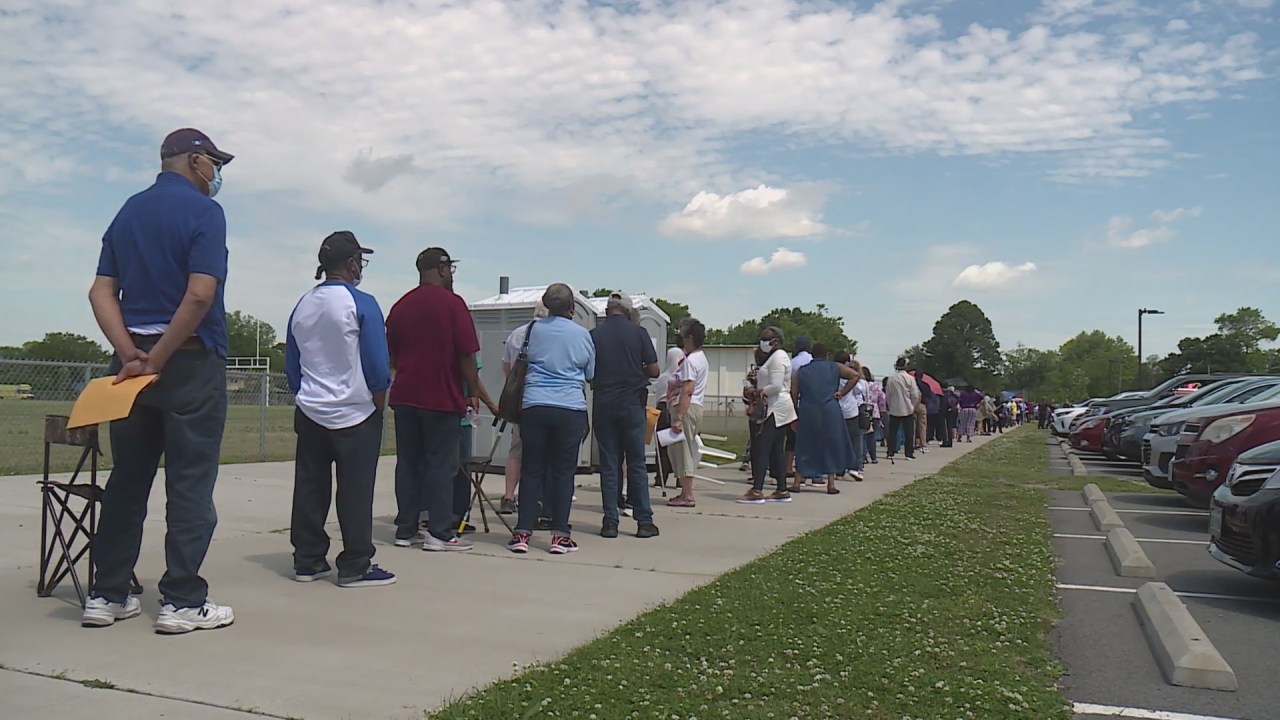 PORTSMOUTH, Va. (WAVY) – The City of Portsmouth has launched a COVID Vaccine Gift Card Initiative this week at the Portsmouth Sportsplex, leading to hundreds of people aged 65 and over queuing for hours.

Monday was the first of six days that residents aged 65 and over who were vaccinated could get a $100 gift card to Portsmouth Sportsplex.

Doors opened at 9 a.m. Monday, but many were queuing long before. Some told 10 On Your Side they had been there since 5:30

“I got in around 8:30 this morning and the lines were basically back towards the backcourt fence,” said Milvena Thompson, who came to pick up a gift card.

What many didn’t expect was the heat and the long wait due to the number of people.

Police Chief Renado Prince told 10 On Your Side that first responders treated six people and transported five to hospital on Monday. Portsmouth dispatchers also confirmed an elderly woman received treatment after a medical emergency on Tuesday.

“We expected a good turnout but I think it was more than expected,” he said of the lines. “We have already taken steps to help these people. Parks and Rec stepped in and pulled out some chairs. The fire department and Parks and Rec provided water that you see piled up there. We will do the same thing tomorrow except that we take a step ahead. We don’t want people waiting and standing in the sun and getting sick from the heat. I think it will be a little warmer tomorrow. It will be an early morning and a long day.

Prince says they will also provide traffic control on Tuesday and Wednesday.

City officials believe the idea that they would run out of gift cards also contributed to the long line.

The city has 12,000 gift cards for all seniors who have been vaccinated. Officials say they obtained the gift cards based on immunization statistics from the Virginia Department of Health.

Residents waiting in line say first responders did a great job helping them when needed.

“But the fact that there were no medical personnel on board from the start, knowing that you had elderly people, that was not a good thing,” said Paulette Mitchell. “The city of Portsmouth should organize it better now. The gift was good but not the way it was given.

City officials said they will take what they learned from Monday and apply it to help future events run more smoothly.

“Seeing so many elderly people vaccinated in the city brings hope. Hopefully this continues and people continue to get vaccinated because it pays off for all of us. Just because we don’t have the big COVID outcry right now doesn’t mean he’s gone. We still have employees who get sick from time to time. Our elderly populations – they are leading the way,” Prince said.

Officials want to remind residents that they won’t run out of gift cards, but if you plan to go out to get them, hydrate, be prepared to wait, dress appropriately and use sunscreen.