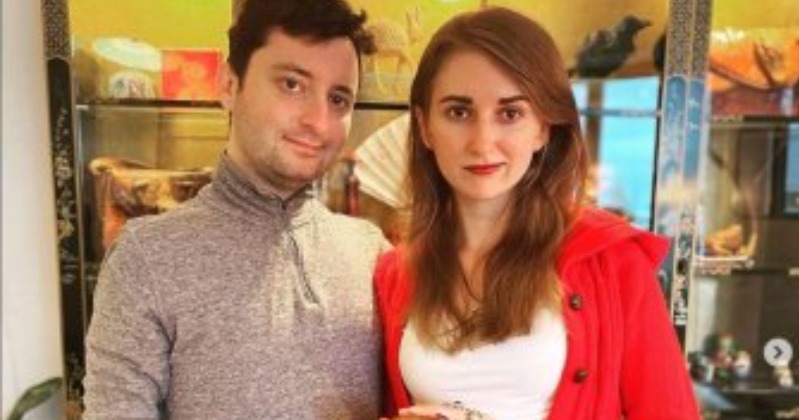 The couple, accused of laundering bitcoins worth billions of dollars, were recently arrested. And all it took was a gift card, and that too for a small amount like $500, which led to their arrest. If you too are wondering how, keep reading as we uncover this real-life story.

To give you some insight into the case, the couple, Ilya Lichtenstein, 34, and his wife Heather Morgan, 31, were arrested for defrauding money from the exchange.

They allegedly conspired to launder the cryptocurrency when in 2016 it was stolen during the hack of Bitfinex, a virtual currency exchange platform.

The value of stolen Bitcoins is now worth almost $4.5 billion, according to a CNBCTV18 report.

And that’s not all. They are also accused of converting Bitcoin into other forms of cryptocurrency and setting up US-based business accounts to transfer funds as well.

How the Gift Card Helps Catch the Couple

The Wall Street Journal reported that court documents in the case show how federal agents used sophisticated software tools to search for connections and patterns using a process called “cluster analysis.” One particular group of Bitcoin addresses, identified as 36B6mu, is what had caught the attention of investigators.

It was on May 3, 2020 that a fraction of Bitcoin was sent from the cluster to an exchange that sells prepaid gift cards. It was discovered that a $500 gift card for Walmart had been sent in exchange for an email recorded in Russian. However, the transaction was made through an IP address linked to a cloud service provider in New York. Then investigators linked the address to the main defendant Lichtenstein.

According to the criminal complaint, as mentioned in CNBCTV18the couple, Morgan and Lichtenstein, had allegedly spent the proceeds of their laundering scheme on various purchases, including a $500 Walmart gift card, gold coins and NFTs.

Then a portion of the $500 gift card was redeemed through Walmart’s phone app. And according to court documents, three purchases were made using Morgan’s name from one of his emails and the address of the couple’s New York apartment was provided for delivery.

This giveaway, along with more than a dozen other cards for services like Uber, Hotels.com and PlayStation, have been traced to the pair, The Wall Street Journal reported.

On January 31, 2022, investigators were able to access Lichtenstein’s email account and cloud and break the encryption of several files.in which they found a spreadsheet listing various accounts, including some that had been abandoned when exchanges asked for identity verification.

Another folder named “personas” and “passport ideas” contained false identity documents. They also found a file containing all the addresses of the digital wallet where most of the Bitcoins stolen from Bitfinex were kept.

Earlier on January 5, 2022, federal agents raided the couple’s Wall Street apartmentand according to The Wall Street Journal report, law enforcement officers seized more than $40,000 in cash from the apartment, in addition to seizing more than 50 electronic devices and a plastic bag labeled “burner phone,” according to what prosecutors said in court documents.

For more of these interesting and lthe latest financial news, keep reading Worth. Click here