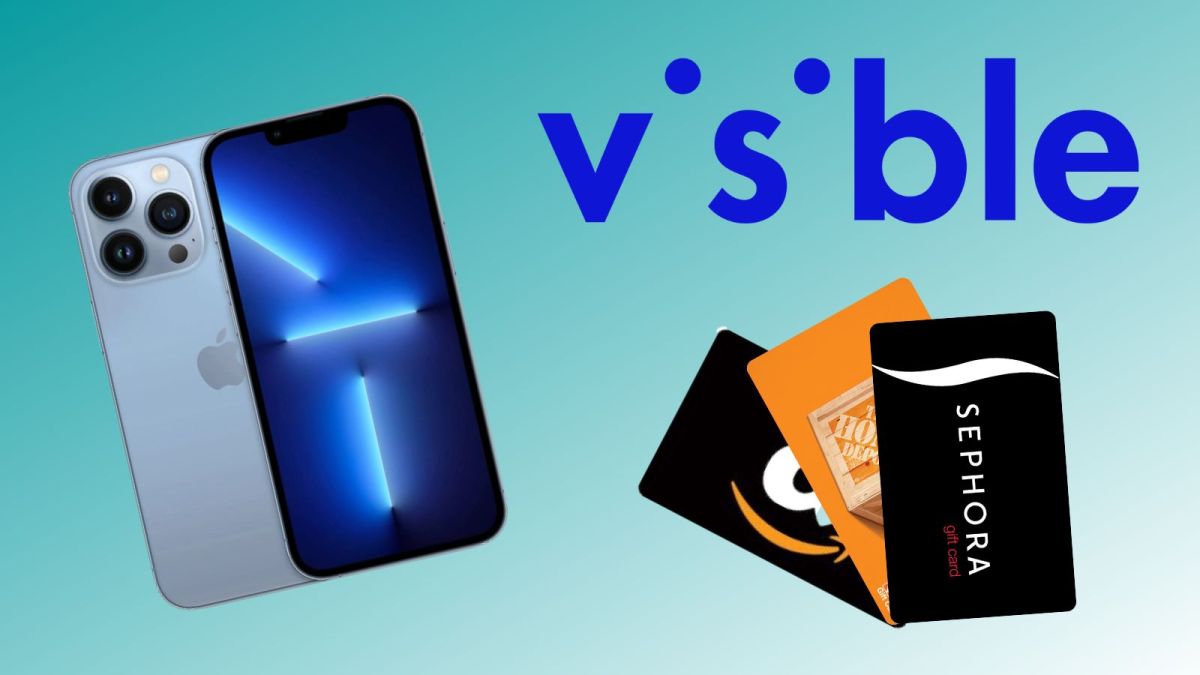 Pre-paying for your phone in advance may seem expensive, but it will often save you a lot of money in the long run. With this offer for new Visible Wireless customers, you’ll not only save money by prepaying, but you’ll get it back – in the form of up to $300 to spend at Amazon, Home Depot, or even Beds, Baths and Beyond. .

Receive a gift card with your iPhone 13

If you’re new to Visible Wireless, you can get a pretty good deal on a prepaid phone, if you don’t want to be locked into an expensive contract. With some phones in their line, you can receive up to $300 in gift cards for select major outlets. Although prepaying for a phone may seem expensive initially, it will often make the device cheaper in the long run.

Don’t forget that you’ll also need to get a data plan to go along with it – luckily Visible has some great options. A $25 per month option gets you unlimited 5G data, one of the best prices around.

Our pick of the bunch would be the iPhone 13, which costs $799 from Visible (opens in a new tab). You’ll get one of the best iPhones out there, and while you pay up front, you’ll get that $300 max gift card to go with it. Be sure to pick up one of the best iPhone 13 cases when you’re done – you don’t want that shiny new phone to break when you drop it the day you take it out of the box.

They’ll also give you a gift card if you just switch carriers – and that’s a nice $150 to spend at any of the many retailers. You won’t have to buy a phone, and with Visible’s reasonably priced plans, you can even save money.