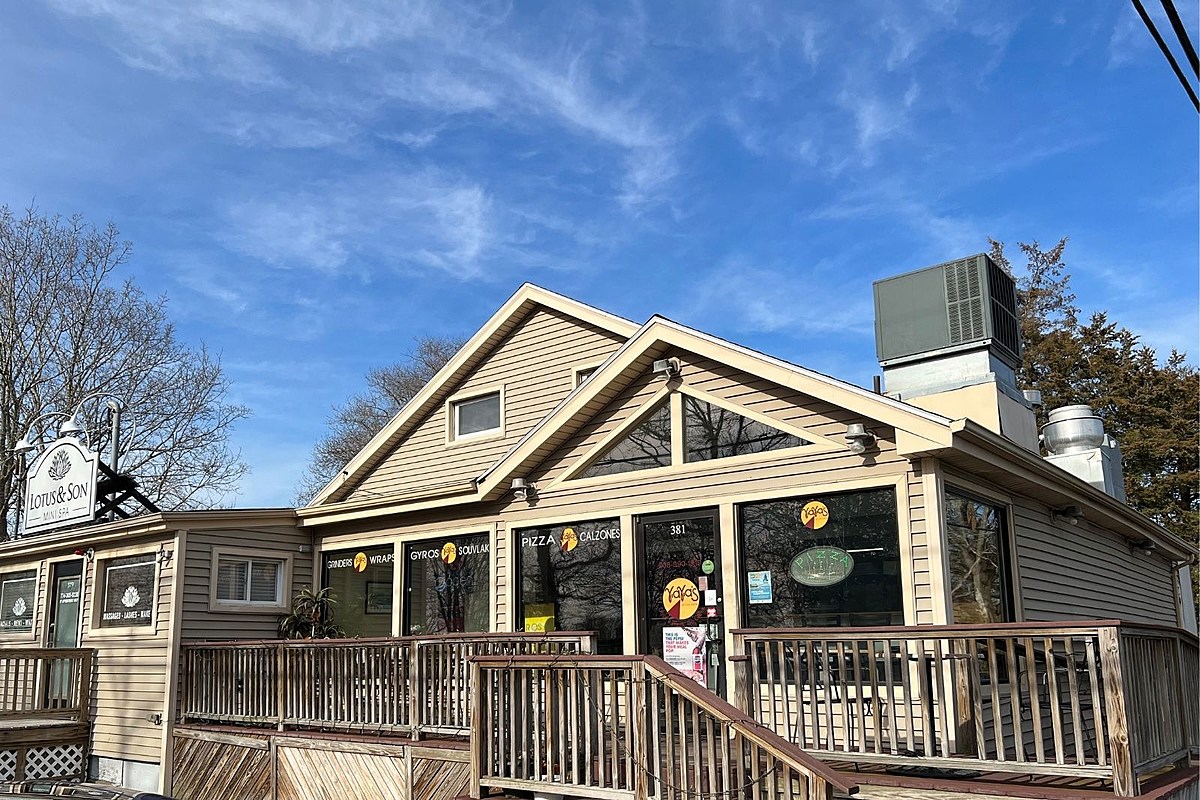 When Zakariah Abdelmalik took over Yia Yia’s Pizza Cafe on Sconticut Neck Road in Fairhaven, he was thrilled to be the new owner of a successful business on the Neck.

The Tsonis family owned and operated the established pizzeria for nearly two decades and had a loyal clientele. The Tsonis family even handed over Yia Yia’s secret recipes. It seemed like a hit.

His first day was March 17, less than a month ago.

Part of the transition that Abdelmalik hadn’t anticipated, however, was the gift cards that were sold before the company was sold. He says he knew there were a number of gift cards, but the previous owners had no idea how many. He says that in the first two weeks he honored over $200 in gift certificates purchased from previous owners.

That’s when he decided to stop accepting old gift cards.

Dozens of comments in a private Fairhaven Facebook group gave their thoughts on whether or not it was the right move. As you can imagine, not everyone agreed with the decision. Some were so discouraged by the refusal to honor the cards that they vowed never to return to the business.

“I can’t afford it,” Abdelmalik told Fun 107 on Monday. “I’m a brand new business owner and all the prices of the things I need to buy have already gone up so much because of inflation. I couldn’t keep donating the food. I didn’t sell any gift cards at all. , but I had to buy a bunch of them.”

Former Yia Yia’s owner John Tsonis says when he and his wife decided to sell the business, they stopped selling gift cards. “It was right around Christmas time,” Tsonis says. “Most of the cards we’ve sold have already been redeemed. I have no idea where all those extra gift cards came from.”

State law does not require new business owners to honor gift cards from previous owners. A memo from the state’s Consumer Affairs Division says, “If a store changes ownership or is taken over by another company, it’s best to ask if the gift card or prepaid services will be honored.” Many companies will want to keep you as a customer and will honor gift cards or prepaid services for a set amount of time.”

The outcry on Facebook grew so loud that Abdelmalik’s wife, Suzy, responded on Monday. Yia Yia’s will now honor gift cards sold by previous owners through May 15. Offer will apply to pickups only.

Does Yia Yia have to honor gift cards? It is to be discussed.

Are they required to honor them by law? The answer is no.

Dive into the freshest seafood dishes, Italian specialties, Portuguese favorites and more for those signature SouthCoast dishes that are so good they deserve a Food Network feature.

WATCH: Food story from the year you were born

From product innovations to major recalls, Stacker has studied what’s happened in food history every year since 1921, according to government news and sources.