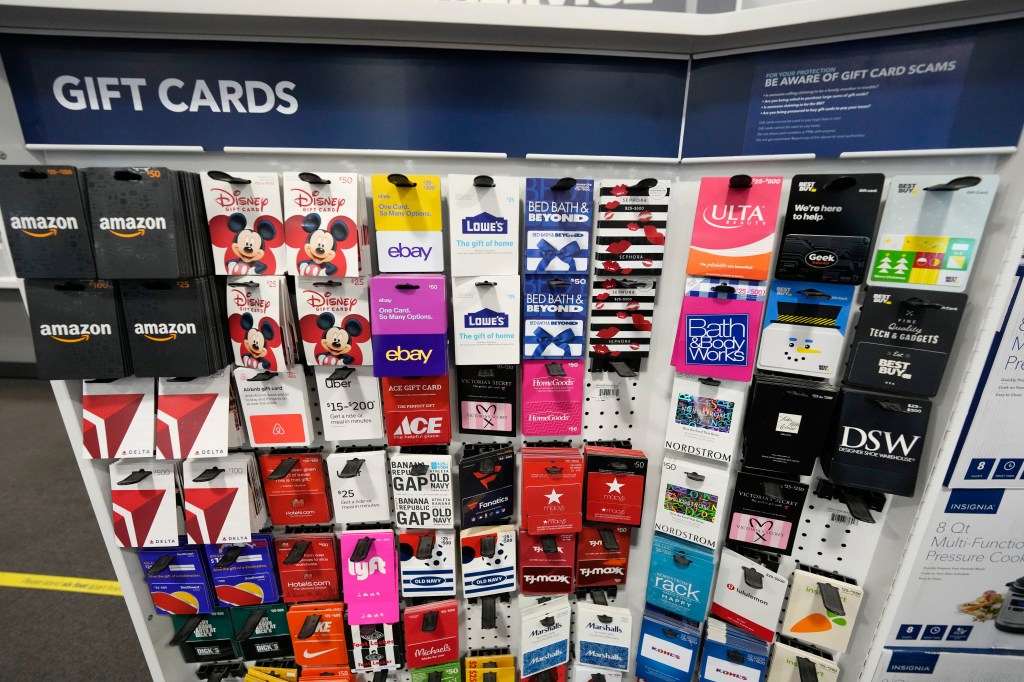 Thieves are putting fake barcodes on gift cards sold at retail outlets and consumers have been victimized, according to the Arapahoe County Sheriff’s Office.

Gift cards with fake barcodes were found recently at a Centennial grocery store where a woman purchased a $500 gift card only to find there were no funds, according to a news release. Scammers print barcodes and paste the fake code on the gift card over the legitimate code.

“When the card is activated, the money is added to the scammer’s card instead of the card being purchased,” the sheriff’s office said.

To avoid being victimized, the Sheriff’s Office urges consumers to:

The gift card barcode scam has been around for years, experts say, and there’s usually an uptick during the holiday shopping season, when girt card purchases are at their peak. In the first nine months of 2021, the Federal Trade Commission reported more than $148 million in gift card thefts.