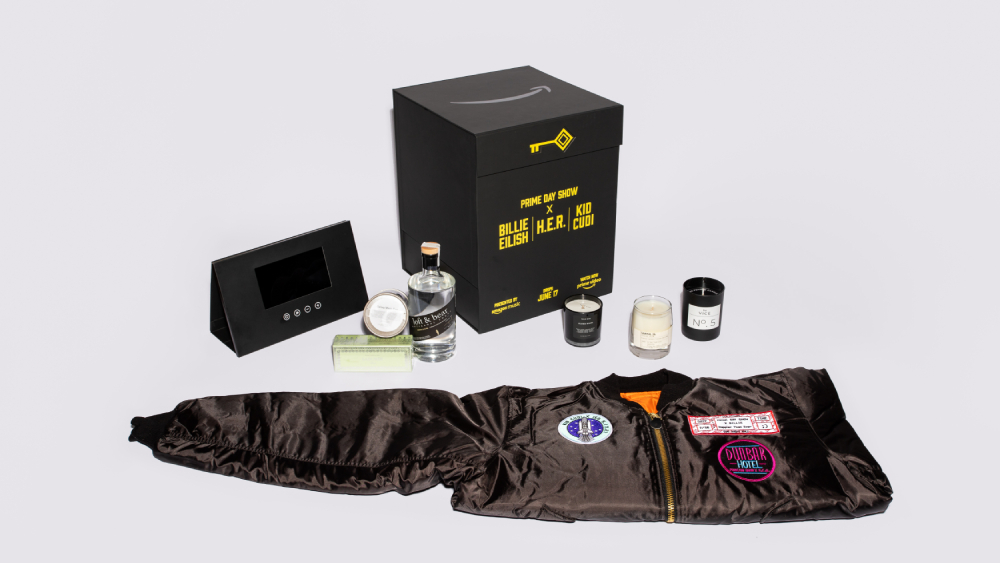 Back in the day, one of the great benefits of being a music writer was the “free CDs and T-shirts” (t-shirts). In recent years, there have been other forms of loot – way beyond t-shirts and hoodies, we’ve got everything from booze and blankets to coasters and cakes.

And while last week’s George Harrison promotional gnomes were a new high in unusually smart loot, aside from our free trip to Wyoming to hear Kanye West perform his new album for 300 media luminaries three years ago. , the Amazon Music Prime Day box that arrived today might take the cake… although there are moon pies and macaroons, no cake.

Amazon Music and Prime Video take Prime Day seriously: Taylor Swift, SZA, Dua Lipa and Becky G performed at their last Prime Day gig in 2019, and since they couldn’t throw a similar party this year, they compensated with three elaborate virtuals. performances by Billie Eilish, HER and Kid Cudi for their Prime Day Show presented tonight (and broadcast on Prime Video for 30 days, with or without a subscription), and an almost equally elaborate gift box for lucky members of the media (note: they NOT FOR SALE).

The direct mailings were developed with creative agency Crown + Conquer with the Amazon Music and Prime Video teams to create a buzz ahead of the Prime Day Show, and were organized in partnership with the artists.

The mailer’s articles (mostly from small businesses and black-owned businesses) celebrated the themes of their episodes: space (Kid Cudi); the Dunbar Hotel (HER); and French cinema (Billie Eilish).

a jacket with image patches from each of the artist’s episodes (from Family Industries);

a set of three Vice candles;

a bottle of Loft & Bear vodka;

and a reusable screen inserted into the cover played the trailer which can apparently be reused for video content.

Find out all about it in this unboxing video: