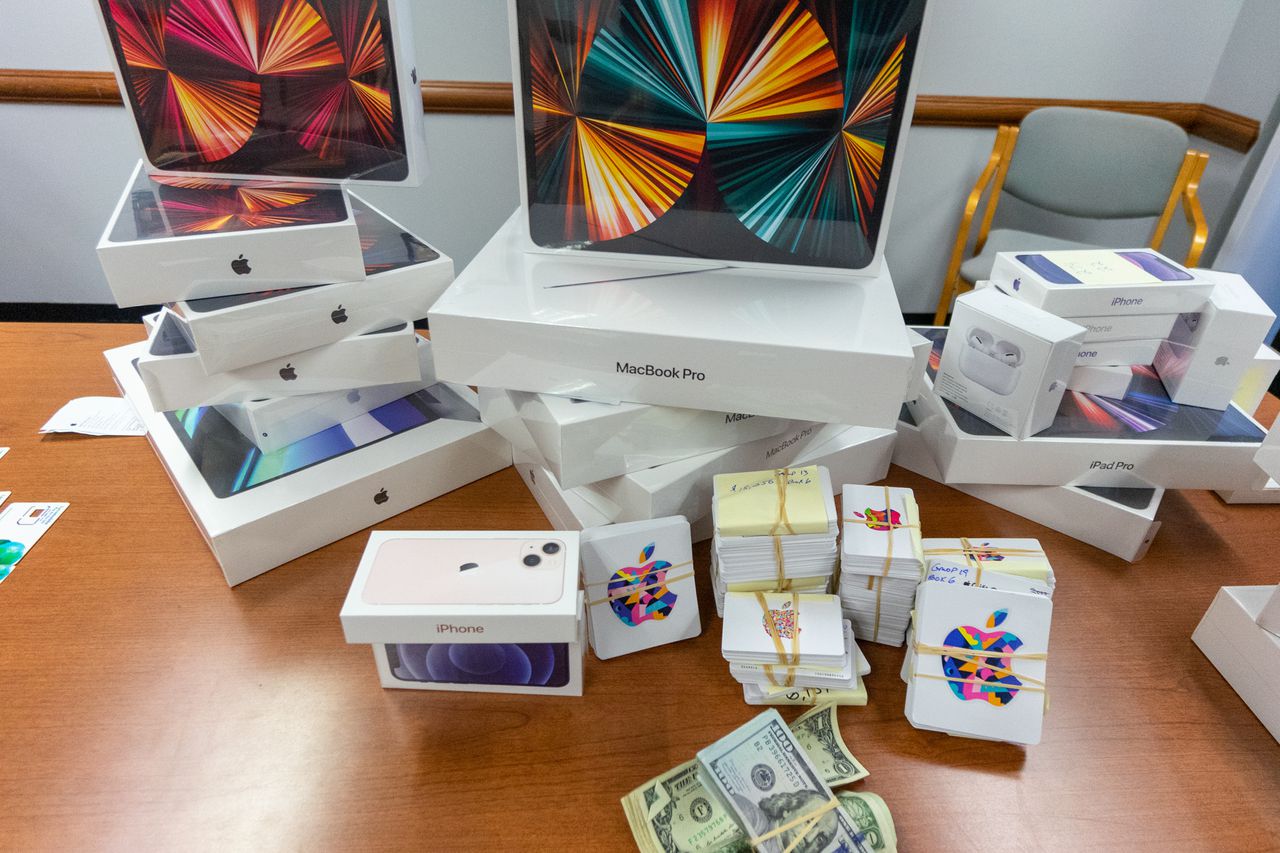 Prosecutors said the scam took place between July and September 2021.

The group then used those cards to buy Apple products at the Apple store in the Staten Island Mall, District Attorney Michael E. McMahon said last October when announcing the arrests of the defendants.

While executing search warrants at three homes associated with the defendants, investigators seized $118,000 in cash, more than $787,000 in unused Apple gift cards, along with another 180 assorted gift cards, the authorities said. prosecutors.

“My office will always remain vigilant against scams and other schemes, and we encourage anyone who believes they have been scammed to contact my office,” McMahon said after the defendants were arrested.

According to their plea agreements, Ruchao Chen and En Ping Chen will each be sentenced to six months in prison and five years of probation. They must also pay $60,000 in restitution individually.

The other three defendants will each be sentenced to five years probation and will also have to pay $60,000 in individual restitution.

“Mr. Chen, through his plea and restitution agreement, has accepted responsibility for his conduct,” said Glenn Morak, Ruchao Chen’s attorney. Chen has no criminal record. He can’t wait to put this case behind him.

En Ping Chen’s attorney could not immediately be reached for comment.